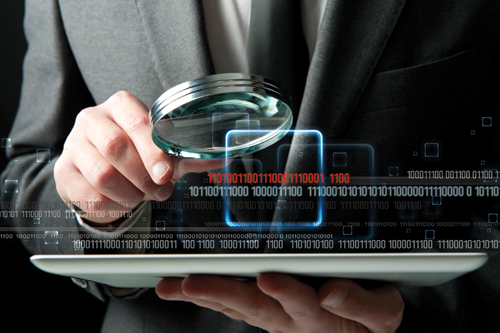 This article introduces a series of blog posts in which The Chaos Group of Canada looks at Social Media Analysis as a protective measure, and, how it can factor into overall security. Future posts will explore case-specific implications for corporate entities, private individuals, volunteer organizations, and, investment and other professionals.

A social networking analysis is highly effective at tracking events and activities, qualifying suspects for further investigation and providing background information. It can function as a screening tool to safeguard against unnecessary or inappropriate exposure to risk. But first, a little background…

SOCIAL NETWORKING IN THE COMPUTER WORLD

In 1969 (almost 50 years ago!) widely accessible social networking, of a sort, was born. CompuServe Information Services™ (CIS) introduced a computer time-sharing service catering to business. It evolved to include publicly available user services and offered a chat system, topic-specific message forums, extensive software libraries, and a series of popular on-line games. CIS gave way to AOL™ (America Online) and anyone with a computer and a dial-up Internet connection had limited access to information and networking. It was an adventure in which the user was never sure where a mouse click might lead.

As technology improved and the number of home computers increased, businesses emerged to help an enthusiastic public exploit the Internet. They introduced user-friendly tools such as email, bulletin board systems and Internet Relay Chat (IRC). With the materialization of the World Wide Web and the introduction of search tools such as Google™, the user base grew into the millions. More unfettered development presented an information hungry public with increasingly sophisticated devices. Desktop computers gave way to laptops. The arrival of cell phones and tablets made Internet access available from almost anywhere. In the years leading up to 2012, service-enhancing organizations such as (to name a few) Napster™, Linked-in™, Wikipedia™, Skype™, Facebook™, and Twitter™ came forward to meet the needs of a user population grown to number around two-and- a-half billion. People could connect with ease and the flow of information became a raging torrent.

Access to the Web was easy. Protection was almost non-existent. Users exposed themselves electronically and once that happened, there was no turning back. And, anyone could publish pretty much anything they wanted. Misinformation, published anonymously or with misleading attribution, damaged individuals and businesses, large and small. There was little recourse. The courts were interested as long as the evidence was solid but, in far too many cases, perpetrators couldn’t be forced into the light. Traditional investigative practices were not easily adapted and the need for specialized tools and expertise became apparent. Information, willingly shared, could come back and bite hard. By suggesting online that you were unhappy with your job, salary, family or friends you were providing information that could get back to people it wasn’t intended for.

The unauthorized release of information about a company’s plan for a stock-split or a shut-down led to dismissals from employment and, sometimes, legal action. Letting friends know that you were involved with a new romantic interest and naming names was intended to be good news, but could also result in broken families, domestic violence and unhappiness on a large scale. The naive use of such a powerful means of communication led to problems, big and small.

The downside could also be the upside. Everything was out there: the good and the bad. It could be tracked. However, the tools and expertise weren’t initially available. Early social media monitoring was a time-consuming, tedious task. Pouring over all the available material was hit or miss and there were few people with the affinity or aptitude for the labour intensive challenge. But the need was there and some victims, especially businesses, were willing to pay for help. This in turn fed and nurtured the development of increasingly sophisticated tools and inspired cultivation of the skills needed to become highly efficient and incredibly effective. Skilled people, well resourced, could offer injured parties a potential remedy.

Even in situations where social networking didn’t seem relevant, an expert search could lead to information that shed light on culpability. When a business is unexpectedly compromised or an individual is victimized personally or professionally, a skilled social media analysis can bring forth information needed to identify the cause and, perhaps, point to a solution.

Look for the experts, the pros, the folks in the investigation business. You may find them in the public sector (law enforcement) or the private sector (licensed investigation specialists). There are many reasons for doing this but perhaps the first among them is legal. If things culminate in court the value of evidence has much to do with the manner in which it was gathered. Was it done legally? How credible is the investigator? Were all the appropriate resources used? Imagine testifying in court in a case involving a business. Social media information collected by experts could have an entirely different impact than that collected by a seconded secretary or IT tech. In the case of individuals, social media information they gather themselves may be seen to be personally biased. An impartial, credible source is best. Social networking and social media are essential in today’s world. Most individuals use them for professional and personal reasons. Businesses use them to manage customer relations and seek out new opportunities for profit and growth.

They can be exploited for good or evil. It’s difficult, and sometimes impossible, for you to protect yourself from abuse, but the ability to reveal harmful Internet activity is growing stronger all the time. In the articles to follow, we will present scenarios for businesses, business professionals, charitable organizations and private citizens.

The Chaos Team
We provide multidisciplinary expertise in Risk Management, Corporate Investigations and Cyber security. Our team brings a wealth of diverse experience from the military, education, law enforcement, and security industries, to deliver our clients with broad and all-encompassing solutions.

Latest posts by The Chaos Team (see all)