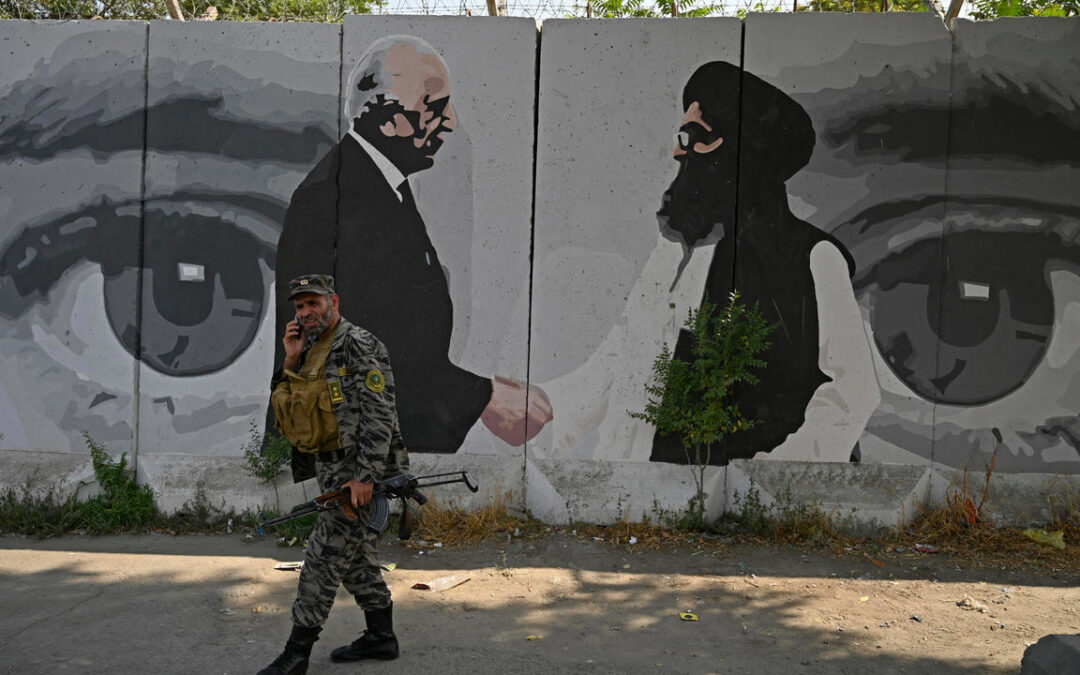 War seems to be the fate of Afghanistan: peace may not be in the cards.

There are a lot of things you can blame US President Donald Trump for, but getting out of Afghanistan is not one of them. The US military has been in the country for almost two decades, electing to send the boys in after the terrorist attacks of 9/11 in an effort to find and bring to justice Al Qaeda (AQ) leader Usama bin Laden (which they did, but it took them a decade almost and it was in Pakistan, not Afghanistan, where he was found). That Trump and many others want to get out should surprise no one.

The problem is that ‘peace talks’ have been held outside Afghanistan (in Qatar) and the main interlocutors have been the US and… the Taliban (not always the legitimate Afghan government). This has to be problematic as the Taliban are a terrorist group responsible for tens of thousands of deaths among Afghan security forces and civilians over the past 30 years.

Of late, the Taliban have announced a ‘ceasefire’ to coincide with the Muslim holiday of Eid al Adha, although Afghan media have been reporting attacks during this period, It is a legitimate question to ask whether the Taliban are a trusted partner, whether we are talking about a temporary ceasefire or a more permanent ‘peace’.

As if this was not bad enough but the Taliban are not the only terrorist group that can cause mayhem. There is an Islamic State affiliate known as IS in Khorasan which may be significantly smaller than the Taliban but are still capable of mass casualty attacks. This week the group claimed responsibility for an attack on an Afghan prison in Jalalabad that went on for more than a day and killed dozens.

What then does all this mean for Afghanistan? ‘Peace’ talks notwithstanding it does not augur well for peace. The Taliban are showing no signs of ending their support for terrorist tactics – against both Afghan civilians and security forces (military and police) – and are vowing to reintroduce an Islamic ’emirate’. Making matters worse, there are reports that AQ has offered to expand its footprint in Afghanistan through its continued provision of support and training to the Taliban.

Let us look at that last item again. AQ has offered to help the Taliban, which one would assume would entail a permanent presence in Afghanistan. Recall that AQ was already well established there, leading to the planning of 9/11 and the US decision to invade in late 2001. If this news is true it means that AQ will come back, two decades after the US vowed to defeat them. What goes around comes around.

The bottom line is that Afghanistan is nowhere near real peace any time soon. The US will continue to seek to withdraw, leaving the country to the Afghan government to deal with the Taliban and IS in Khorasan, a task it is unlikely to succeed in. The country will return to Taliban rule, or at least significant Taliban influence, and who knows what impact on international terrorism.

Truth be told that the US and any other foreign power which decides to send forces abroad is damned if it does and damned if its doesn’t. It cannot allow a massacre like 9/11 to go unpunished but the mere deployment itself leads to more, not less terrorism. There is simply no easy answer to terrorism.

They don’t call Afghanistan the ‘graveyard of empires’ for nothing.

Phil Gurski
Phil Gurski is the President and CEO of Borealis Threat and Risk Consulting Ltd. and Programme Director for the Security, Economics and Technology (SET) hub at the University of Ottawa’s Professional Development Institute (PDI). Phil is a 32-year veteran of CSE and CSIS and the author of five books on terrorism.